2016 was a year characterised by investment uncertainty from the outset. Several major political events awaited and turned out to produce unforeseen results. Pension providers, however, managed to overcome the uncertainty, generating strong returns by year-end.

At the beginning of 2016, rates of return were negative across all markets. Global shares and emerging market shares declined by more than five percent during the first month – much to the chagrin of the investors, the much-discussed January effect failed to materialise.

In Denmark, pension providers were also affected by the general trends in the financial markets. Clients with Topdanmark Livsforsikring and Nordea Liv & Pension – both generating negative returns of approx. five percent – were most affected. At the other end of the spectrum, Skandia Pension reduced its loss to slightly below two percent.

In the following months, markets developed slowly but steadily, with the rate of return being positive again by the end of May – but not for long.

The UK referendum on EU membership and Trump’s victory in the US presidential election adversely affected the financial markets. Markets quickly stabilised, however, as the pension funds had foreseen Brexit, while the highly negative returns following Trump’s victory were replaced by even greater price increases.

After the presidential election, Danish pension providers had only achieved a minor positive return, as they had generally taken a more cautious approach.

All pension providers had generated strong results by yearend. The uncertainty arising from the political events in the year, however, produced a major difference in pension clients’ rates of return.

Skandia Pension yielded the poorest return in 2016. Things were looking bright for the company at the end H1, but the US election had a significant negative impact. Despite a positive Q4, Nordea Liv & Pension achieved poor results.

Topdanmark yielded the best return, especially influenced by good results from stock investments and an increasing American Dollar. In 2016 PFA Pension delivered a good return like in previous years where high-risk bond investments contributed returns of two digits, while AP Pension generated a return in the good end of the scale after a couple of years with mediocre performance. Danica’s performance was just above average and thus it is still uncertain whether the new investment-setup Danica has introduced really contributes to a better performance compared to the market.

Global investors were not affected by the political events in 2016, which therefore ended up generating decent results regardless of which risk profile the employees had chosen. 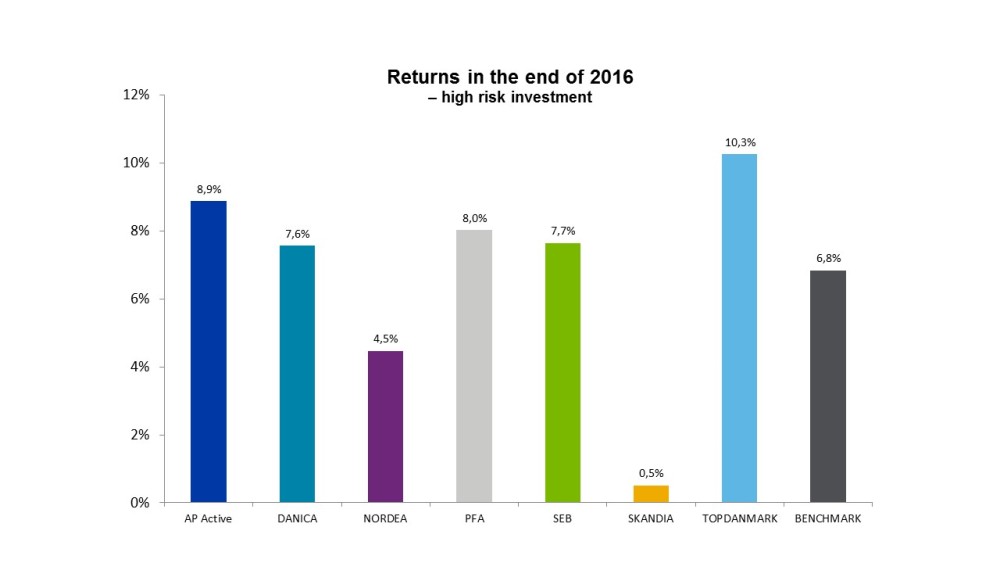 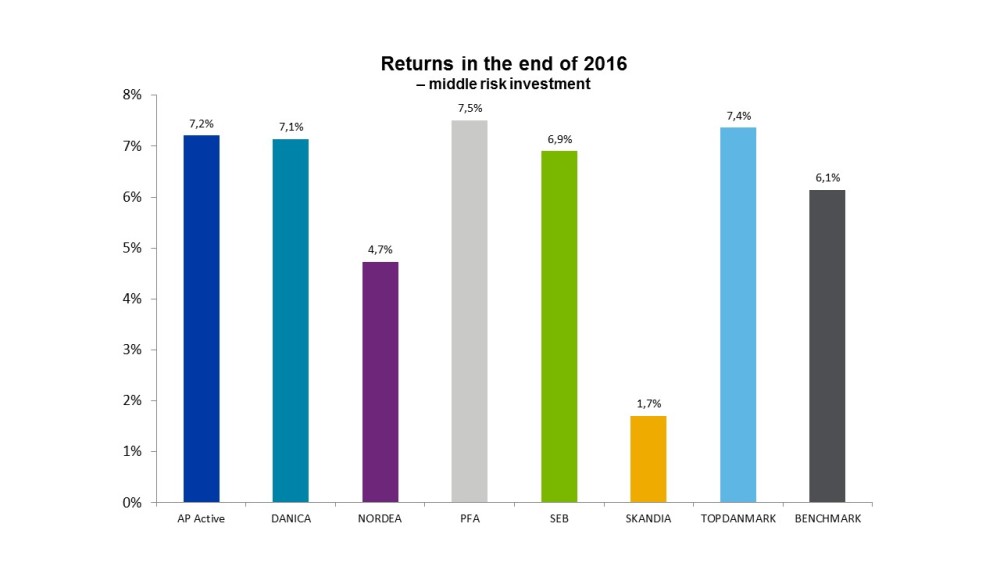 Politicians once again intend to raise the retirement age to make a financial gain and encourage Danes to remain in the labour market longer. A higher retirement does, however, not necessarily prompt us to retire later. Many people have their own private savings or use their company pension savings to finance the first years in the third age.

Gjensidige Forsikring has acquired Mølholm Forsikring, which has been a part of PFA Pension since 2013. The acquisition is part of the strategy to fulfil Gjensidige’s desire for growth in the healthcare sector. The final approvals need to be granted, but the sale is expected to be finalised during the first half of 2017.

E-mail sendt til __email__. Klik her for at følge Aon Denmark